I was in Moscow recently for work, and first of all, I have to say that I was really impressed by the city. I love the new and old buildings, the funky subway stations and the eclectic mix of people. Quite frankly, I wasn’t quite sure what to expect, and as a result, was hesitant about bring my camera out. I needn’t have worried. I felt 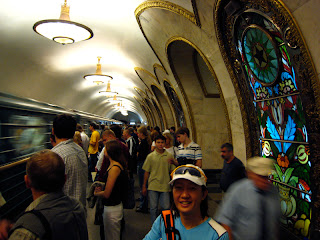 I also brought my Nikon D200 up to have some fun and I learned 2 things: 1) Always have your camera with you and; 2) The shoulder bag doesn’t work for carrying heavy gear around all day.

I missed shots like this bottom photo because I didn’t have my D200 with me. 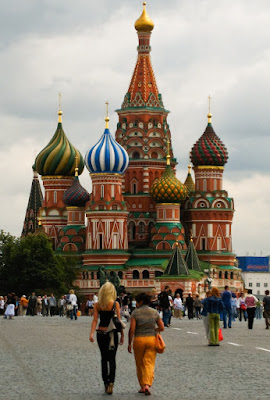 I didn’t want to have my shoulder bag because I felt it was too easy a target for a grab and run theft. Other than worrying about having the bag ripped off, carrying the bag over one shoulder all day is a bit of a pain.

I had been thinking of getting camera backpack for a while but resisting because access to the gear is slower. This trip showed me not only would a backpack be useful in the outdoors, it would also solve 2 of my problems in cities: 1) It is not easily identifiable as a camera bag and not easy to grab since it is pretty much wrapped around you; and 2) My D200, 2 lenses and a flash are quite heavy and a backpack is much more comfortable to carry around all day. Better to have slow access to your camera than not have your camera with you at all. I ordered a Dakine Sequence photo backpack and should be getting it later this week.