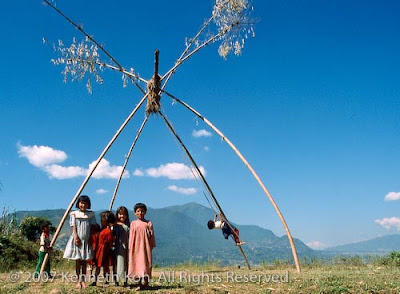 I’ll be off next week to trek the Annapurna Circuit for about 3 weeks. Part of my original plan was to run the Circuit in Two weeks or less. However, my bike accident and a subsequent long bout with respiratory illness took me off training for a couple of months, and so I scuttled the plan to run the Circuit and will trek it in the normal 3 weeks.

The other part of the plan was to observe and report on the present Maoist situation and its impact on the safety of trekkers for 2008. The Maoists have been active in Nepal since 1949, but the present revolt started in 1996. They signed a fragile peace treaty with the government in November 2006, after a 10-year struggle, which saw an estimated 13,000 killed. Despite joining the interim government in 2007, continued reports of peace treaty violations by the Maoists has done little to ease the minds of would-be tourists to the mountain kingdom.

The Maoist insurgency, together with the massacre of the royal family in 2001, has shattered the image of a peaceful Nepal, and has led to the collapse of their economy from the loss of tourist dollars.

Nepal will hold elections tomorrow, April 10th 2008. I’m hopeful that this will introduce the stability needed for Nepal to see the return of tourists that it so desperately needs.

Photo: Bamboo Swing. A makeshift swing made of bamboo somewhere in Nepal. Probably taken with a Nikon FM2, and I think a 24mm lens.