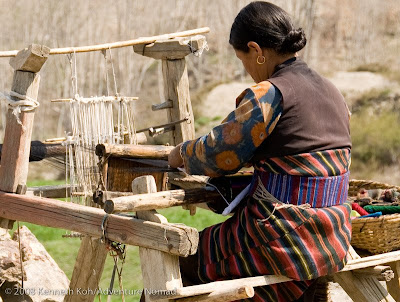 I continue to have problems with my camera’s matrix metering system. My old D200 matrix meter was infallible. I got to a point where I trusted it so much that I eventually shot exclusively with it. The problem with the matrix meter on the D300 is not that it overexposes, but that it is unpredictable and I'm never sure how it is going to expose for the scene. In even or low contrast light, the matrix meter is spot on. In backlit situations, it is more than a stop off. In mixed or high contrast light, it’s anywhere from being spot on to 1 stop overexposed, so it is not a simple matter of setting a fixed amount of exposure compensation.

By designing the D300’s matrix meter this way, the Nikon engineers is have taken exposure control out of the hands of the photographer. A camera’s meter should do nothing other than meter the scene predictably. The photographer can then decide what within the scene to correctly expose for, and compensate accordingly.

Nikon’s matrix meter originally behaved like a center-weighted meter on steroids, a boon for photographers who needed to work fast. Unfortunately, the D300’s matrix meter is so unpredictable that I’m better off using center-weighted or spot metering and dialing in exposure compensation as required – a step backwards for Nikon IMHO.

Around Annapurna 2008: Day 12
April 27: Muktinath - Jomsom
Warm air, rising over the land mass of central Asia from the heat of the day needs to be replaced. Cool air, from the Indian Ocean, rushes to replace the warm rising air via the path of least resistance. This happens to be the Kali Gandaki: the deepest gorge in the world. From soon after sun-up to just before sundown, trekkers walking southwards down the Kali Gandaki can expect to be blasted in the face by the fierce winds created by the air rushing in from the Indian Ocean. Just another highlight of trekking the Annapurna Circuit...

Update May 11 2009:
I've had my new D300 for more than 3 months now, and put more than 4000 frames through it. I can confidently say my new D300 Matrix Meter is different from the first D300 that I owned and wrote about (above). In general, there is about a 1/2 stop difference in terms of exposure, but the quality of the metering is also different. It's hard to put into words, but my new D300's Matrix Meter behaves more the way I expect it to, and there are fewer 'surprises'.

I think you've correctly identified the problem as being the D300's tendency to put greater emphasis on the AF area's tonality. The new Picture Control defaults also lighten midtones, so I'm guessing that Nikon's engineers finally decided to give in to all those people who used to complain that Nikons produced out-of-camera results that were 'dull'. I don't have a solution, except to note (not particularly helpfully ;-)) that it hasn't really affected me too much since I tend to work in manual and with a close eye on the histogram.

As for Jomsom... I remember it well from last year. We battled those headwinds on our bikes towards the end of a 12 hour day when everyone had run out of both food and water. Hard work!

Hi,
I am just going to switch from Nikon (and XPan) film cameras to digital and I must say that the choice (D300 vs switch to Canon) gives me terrible headeaches... What you're saying about the matrix metering is very annoying (I think I've already read similar views on the net) and it makes me hesitate even more. It is OK for landscape work, but not for a 14 hours ski tour with serious athletes. I need to trust the meter as they won't wait that I check the histogram each time. I'll be reading more of your wonderful blog and get back to you very soon...

Could you please drop me an email? (marco -at- mhjphoto dot com). I can't see your address anywhere.

Thanks for reading my blog. I've sent you an email.

Endress+Hauser is a leading supplier of measuring instruments and automation solutions for the industrial process engineering industry.

Endress+Hauser is recognized as a leading supplier of industrial measurement and automation equipment, providing services and solutions for industrial processes all over the world. Endress+Hauser offer comprehensive process solutions for flow, level, pressure, analysis, temperature, recording and digital communications across a wide range of industries, optimizing processes in regards to economic efficiency, safety and environmental protection.

As major stockists of many Endress and Hauser level instruments, We [url=http://www.endress.org.ua]official distributor Endress+Hauser in Ukraine[/url], can offer a range of Endress & Hauser models at up to 20% discount from list price - prices usually only available when buying in bulk.

Amiable post and this fill someone in on helped me alot in my college assignement. Thank you seeking your information.


Moe is the Founder of Mansour Engineering Ltd. He founded the company in 1978, and has extensive experience in mechanical system design, temperature control system design, industrial facilities design and field analysis of mechanical systems. His experience includes new and retrofit design, facility engineering in hospital design, office buildings, high-rise buildings and special projects. His field experience with construction support and commissioning services has given him a comprehensive and practical approach to the solution of design problems.

Good dispatch and this enter helped me alot in my college assignement. Gratefulness you for your information.