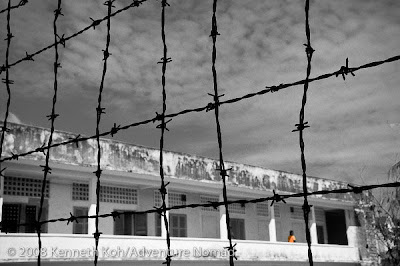 With throngs of visitors crowding the temples of Angkor today, it’s easy to forget Cambodia’s darker history, and we need to be reminded that it was only just 10 years ago that a few years ago that civil war and pockets of Khmer Rouge guerilla forces were still attacking villages. 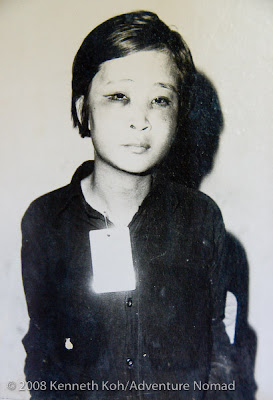 Photo of a Photo: A young victim of the Khmer Rouge's S21 killing machine.

Khmer Rouge
During their 4 years in power (1975-1979), the Khmer Rouge attempted to turn Cambodia into a classless society by depopulating cities and forcing the urban population ("New People") into agricultural communes. The entire population was forced to become farmers in labor camps. During their four years in power, the Khmer Rouge overworked and starved the population, at the same time executing selected groups who had the potential to undermine the new state (including intellectuals or even those that had stereotypical signs of learning, such as glasses) and killing many others for even minor breaches of rules.1 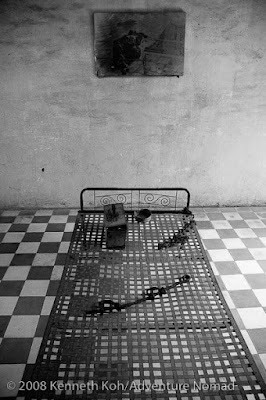 It is estimated that between 1.4 million and 2.2 million (about 1/5 of Cambodia’s population) died by the hand of the Khmer Rouge, with perhaps half of those deaths being due to executions, and the rest from starvation and disease. 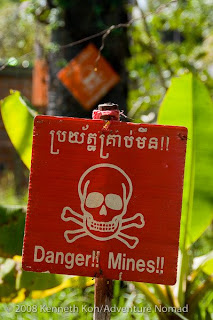 A display at the Landmine Museum in Siem Reap.

Landmines
Although all sides during Cambodia’s bloody war torn history laid landmines, the Khmer Rouge were perhaps the worst offenders, deliberately targeting the civilian population with mines and booby traps. It is generally accepted that more than 40,000 Cambodians have suffered amputations as a result of mine injuries since 1979. That represents an average of nearly forty victims a week over a period of twenty years. 2 With a population of 11.5 Miilion, this means that Cambodia has one amputee for every 290 people - one of the highest ratios in the world.3 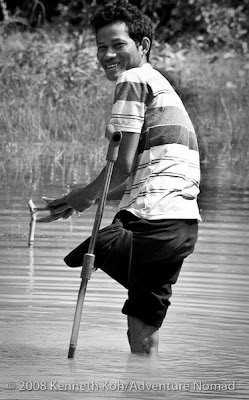 The costs of laying mines are low, as little as $3 US per mine, but the costs of removal are very high, $1000 US per mine or more. 4 Cambodia still has an estimated 6 million mines in the ground. Cambodia’s legacy of landmines is estimated to take another 100 years to clear.4 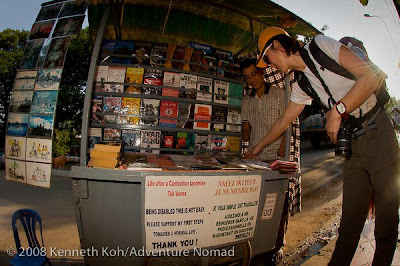