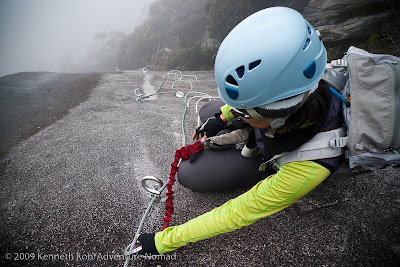 I spent a week on Mt. Kinabalu at the invitation of Wilfred Tok, owner and operator of Mountain Torq, the World's highest via ferrata. The original purpose of the trip was to help Wilfred bolt up some new sport climbing routes, and then have some time to ourselves. We managed to try out some of Wilfred's sport routes, explore Alexandra (one of the neighbouring peaks), do some bouldering (including putting up what we think is a new problem) as well as walk up the Low's Peak summit and do the Low's Peak Circuit Via Ferrata. 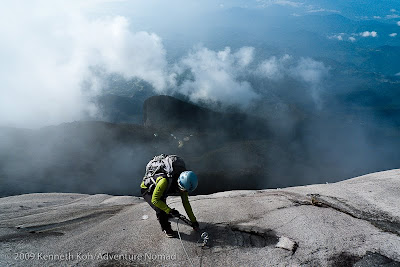 Kinabalu National Park is strictly regulated, and while our expedition-climbing permit allowed us a lot of freedom, most people would be required to engage a local “guide” and follow a structured itinerary. Most people plan for just two days on the mountain, spending the first day hiking up to Mountain Torq’s Pendant Hut situated at 3270m (10,728’), then trying to catch a few hours of sleep before having to leave the hut at 2:30am in order to catch sunrise on Low’s Peak (Mt. Kinabalu’s highest point at 4095m). 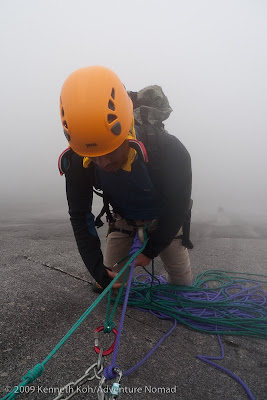 On the descent from the summit plateau, Mountain Torq offers two via ferrata routes. The descent by the shorter, and easier, via ferrata route called ‘Walk The Torq’ is taken by almost all participants who spend just one night at the Pendant Hut. If you’re more gung ho, are fitter, and can afford the time, I’d suggest spending another night and doing the Low’s Peak Circuit route, touted as the World’s highest via ferrata. It is much more exposed, and takes longer to do, but is much more fun! 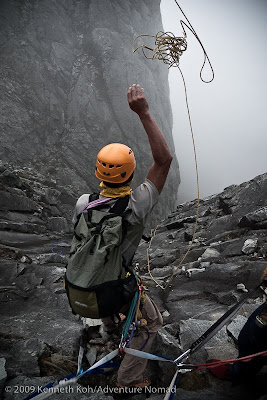 Recommedations
Diamox
I’d recommend anyone ascending from sea level to read up on Acute Mountain Sickness (AMS) and consider speaking to your doctor about taking Diamox as a precaution.

Rain Gear
Besides all your insulating layers, you’re going to need good raingear. Bring the best you can afford. Kinabalu is a big mountain sitting in the tropics: Think ‘Cold’ and ‘Wet’. An umbrella is fine for the lower mountain; a poncho is better; but high on the mountain, nothing beats waterproof/breathable rainwear. My top pick for a rain jacket is The North Face Triumph Anorak; bombproof and lightweight.

Leather Gloves
The via ferrata can rip up tender hands, bring along a pair of leather gloves like belay or biking gloves.

Best Time to Visit
Rain can occur at any time, whatever the season. Mornings are usually clear, but clouds and rain can form by late morning. The dry season, and hence best time to visit is from April to September.