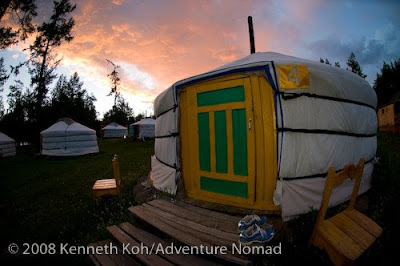 The Mongolia Sunrise To Sunset is a non-profit 100km ultramarathon or 42km marathon through the pristine wilderness of Hovsgol National Park in Northern Mongolia.

Included in the USD $1500 race entrance fee is the domestic flight from Ulan Bator and subsequent transport to Camp Toilogt, on the shores of Lake Hovsgol. Your entrance fee also covers your weeklong stay at Camp Toilogt with 3 meals a day, free horse-riding (with a guide), free use of the mountain bikes, kayaks, and canoes.

The camp is well managed, the race is well organized, and the course is beautiful. I only ran the 42km event, and so only managed to see less than half of the 100km course. 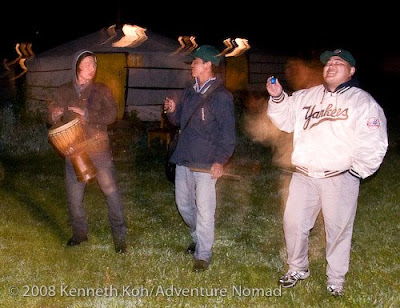 Race Description
The organizers arranged a wake-up call at 2:30am for a pre-dawn 4:00am start. By the light of our headlamps, we followed a narrow single-track trail through the forest north of Camp Toilogt. We hit the lakeside dirt road around sunrise and followed it to reach ‘Chichee’ aid station at the 12km mark. 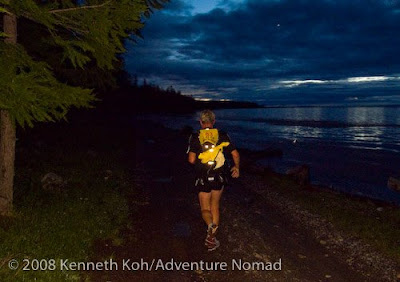 The course climbs steeply over the next 5km until we reached Chichee Pass at 2,300m (7,550ft). From here, we followed the course markings, biodegradable green paint on trees or rocks, which took us along a short ridge, and then descended steeply into a dry riverbed. After another section through lowland forest, which was sometimes wet and muddy, we reached the 2nd aid station called ‘Ongolog’ at 25.5km. 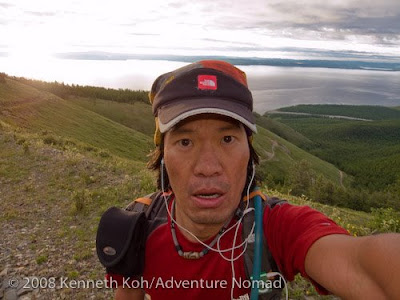 After leaving ‘Ongolog’ the course follows a river valley, and then climbs very steeply through a mossy forest to reach Khirvesteg Pass 2,100m (6,900ft). The third aid station is at 32km, after descending from the pass. From there, it is a 10km run along the dirt road that goes around Lake Toilogt and back into the Camp. That ended my 42km race. I finished 9th with a time of 6:15. For the 100km runners reaching Camp Toilogt, there is time for a quick refuel, and maybe a change of shoes, before heading back down the road to complete the other 58km by sunset. 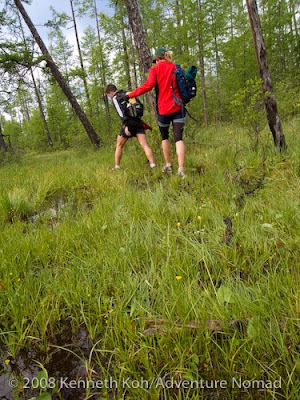 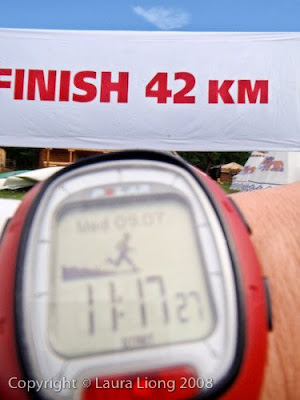 Laura takes a shot of her watch as she crosses the finish line for the 42km event after 7 hours and 17 mins.

I like the way you wrote this kind of blog.

The D200 is an awesome camera! Glad you like my blog!

your blog photos are great and your story is short and clean. Happy to know the author in person.