Written by me
... with a little help from my retired Investment Banker wife

When my wife and I quit our jobs and sold our house last year, it was with the expectation that housing prices were near its peak and would soon fall. We were wrong and prices continued to skyrocket to new all time highs. Basically, housing prices doubled from late 2006 to early 2008. Now, at a time when we are facing the worst financial crisis since the Great Depression, the latest URA statistics of private residential property show that prices have dropped for the 1st time since 2006, but by only 1.8%*. Is this an accurate reflection of the private property market in Singapore? 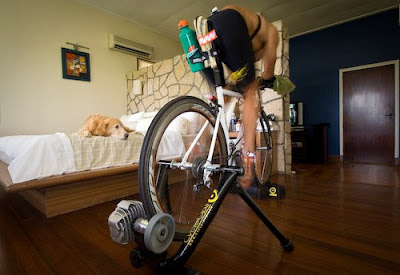 Working out at our old house in better times.

It all began with the sub-prime housing crisis in the USA. The banks lent out easy money, and as long as property prices continued to rise, the party could go on. Sound familiar? Well, the same thing has happened in Singapore, with a twist.

We had a unique phenomenon called the ‘En Bloc sale’. In simple terms, an ‘En Bloc sale’ occurs when the majority of owners of a housing development, such as a condominium, get together and collectively sell the condo off to a developer. The developer, in turn, then tears down the existing structure and rebuilds a new condo with greater density, and sells those units off at a profit. This was possible because older condos didn’t have the same population density as new condos. Developers could buy out 1000 people, and build units in that same plot of land that can house 3000 or more.

With easy lending policies, individuals began borrowing money to buy more property, hoping to cash in on the rapidly rising property market. In an environment of unprecedented demand, it worked, and some individuals doubled their money in a relatively short time. In 2007, 14,811 units were taken-up, compared to the average annual take-up of 6,600*. 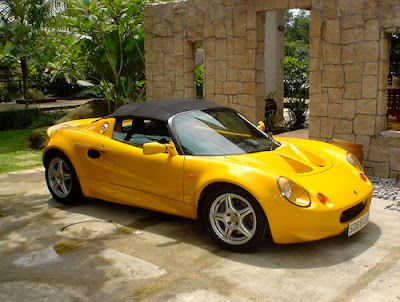 Our Lotus at the old house. (We sold both and are now debt free, but we now live in a rental and drive a Hyundai).

Are we ripe for the Singapore housing bubble to burst?

The Fundamentals: Supply vs. Demand
There is strong upcoming supply. Over 31,000 units are already under construction: 15,000 to be completed by 2009, and most of the balance should be completed by 2011. This significantly outstrips the 6,600 average annual demand**. (Take-ups in the first 3 quarters of ’08 (Jan to Sep) was 3,890 Units, just under the statistical annual average*).

Market Sentiment: Accelerating The Fundamentals.
When the property market was booming, sentiment was so good that any excuse was used to talk up the market, regardless of whether it had any real impact: F1, IR. There seemed no end to blue skies. Now, there seems no end in sight for the current crisis. There is global asset deflation. Singapore GDP growth for 2008 was projected at 6.5% at the start of the year, now, we are hoping for around 3% for the full year, i.e. down more than 50% from the projection early this year. The Singapore stock market is down more than 40% since the start of the year; Singapore property stocks have fallen up to 70%. Job insecurity will start to sink in and unemployment will rise. Expatriate influx will slow. Private property rentals will drop. The banks will further tighten lending standards. Overextended individuals holding multiple properties and small property developers will go bankrupt. 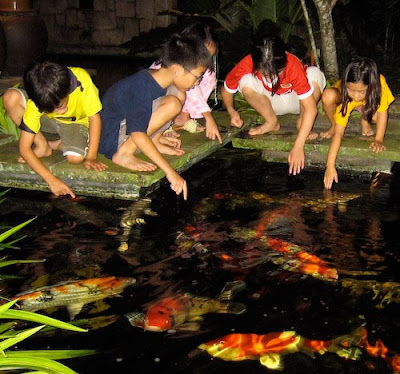 We used to have lots of fish in a big pond. Photo © Laura Liong

When will the bubble burst? Not this year, and perhaps not even the next, but it will happen. I'm not a property expert, but it is my humble opinion that the writing is on the wall, and it is plain for all to see.

nice blog, great writing style and a bloody mind of a chinese water torture specialist. The pictures you chose are perfect.

the MAS boss seems to be making politically correct noises now, that `do the right thing, not the overly legalistic' way, and to `prioritize the lesser educated retirees'.

Asking the banks to to overlook the law and apply another set of criteria?

Saying that the law is not the `right thing'? Doubting our legal system?

Why doesn't he propose legislation instead? Is he running for political office?

So these aunties and uncles are to be `helped' by the banks, instructed by the man who's not footing the bill.

You want the help too?

Nope. Anyway, I don't think I qualify since I took the opportunity to cash out and downgrade my lifestyle to start my new career.