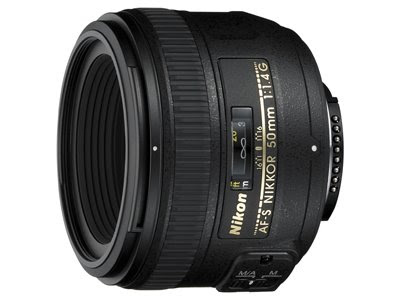 With the announcement of this new lens, it occurred to me that I could now get a pretty good deal on a used non AF-S 50mm f/1.4. I began researching the older, non-AF-S 50mm lenses, like the f/1.4 and the f/1.8. Then it struck me. When would I use this lens? While it sounds like it will make a good portrait lens on my D300, I prefer to do portraits with a zoom lens like my Sigma 50-150mm f/2.8. For general low light photography, I’ve found the 50mm focal length to be a little too long on my D300, and I’d be better off with a Sigma 30mm f/1.4. I suppose I could benefit from the sharpness of the 50mm prime lens for product photography, but that’s not really my thing, and I don’t do much of it.

In the end, the urge to buy something new and shiny has given way to reason (for now ;)

I have the Sigma 30mm 1.4 and use it a lot and like it a lot too.
If you don't mind, I need to ask a lens question. I am looking for a very good lens. I like the wide angle and I really want to do close ups too. Do you have a favorite all around lens that you use? I have a Nikon D200. Thank you for your time.

Fortunately, that's an easy question to answer. The Nikon 12-24mm f/4 is what I use for wide angles.

Having said that, if I were looking to buy now, I would also consider the Sigma 10-20mm f/4-5.6. Compared to the Nikon, the Sigma has a wider view at the short end, but it loses a stop of light at the long end. The Sigma also pairs better with my Nikon 18-200mm travel lens as it has less overlapping focal lengths.

If you're looking for something really wide and like the fisheye look, I find I'm using my 10.5mm fisheye quite a bit outdoors.