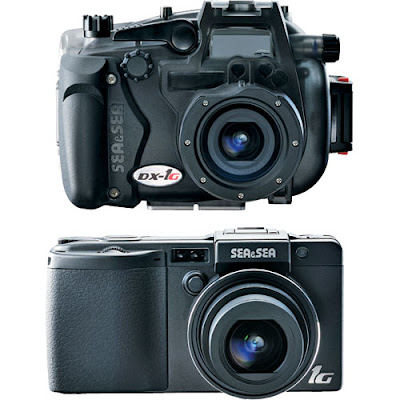 Holy Captain Nemo, Batman! And it comes in black too! Is that cool or what?

If this camera looks familiar, it’s because it’s the Ricoh Caplio GX100 dressed up with a Sea & Sea badge and slight modifications. It’s called the Sea & Sea 1G . The underwater housing is the Sea & Sea DX-1G and is good down to a depth of 50 m.

The thing is that Sea & Sea won’t sell you the housing on its own. Which means I’ll need to buy the Sea & Sea 1G version of the GX100 if I want the housing.