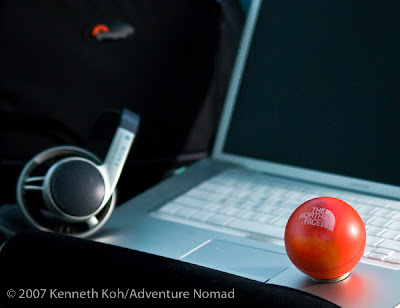 I got some good news, bad news yesterday. The good news is that The North Face (Singapore) officially invited me to join their team of athletes - sponsorship details to be worked out later. That’s really great news!

I’ve been a big fan of TNF since the early ‘80s, when I was in school in San Francisco and was climbing a lot. I felt that the brand sort of lost it’s way in the ‘90s with a change of ownership and a desire to go ‘mainstream’. I’m happy to say that TNF have re-discovered their ‘core’ values and deliver function over fashion to the hardcore athlete.

The bad news is that instead of an individual 100km run, its now become a 100km race in a team of two, each running 50km. It’s a little too short and a little too fast for my present level of fitness. It’s time to knuckle down and get back to training!

All The Lees said...

I just got myself a pair or TNF Hedgehog Gore Tex trail runners from Runner's World at Velocity!  The shoe is great but the laces hurt the top of my feet if they are tied snugly!

Let me know how those shoes work out for you and I'll pass on your feedback to TNF.