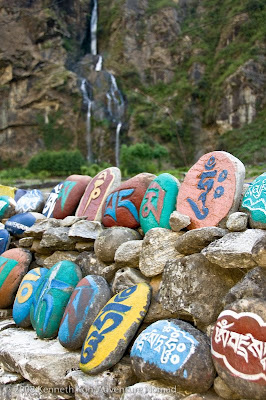 April 18: Ghermu - Tal
The poor, but once seemingly carefree, country of Nepal seems to be plagued in recent years with a flurry of problems. It is presently in a tussle for fuel, and a shortage seems, yet again, imminent. In the past decade, the militant activities of the Maoists dried up tourist dollars, and the country has yet to recover from it.

One major concern with foreign visitors, 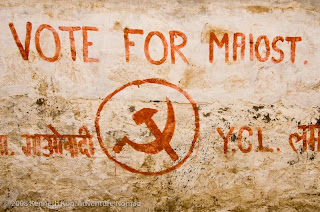 Reports at the beginning of the 2008 spring trekking season seemed to indicate that the Maoists had ceased to extort trekkers along the Annapurna Circuit route. My recent trek around the circuit proved this to be true. Although signs of Maoist activity were everywhere, I'm happy to report that the Maoists, who are now a major part of the legitimate government, have indeed ceased to hassle foreign trekkers. 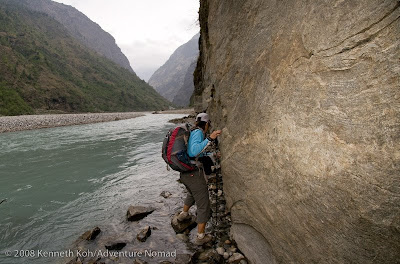 We ended our day at Tal, a largish village in the Manang District with a beautiful waterfall at the north of the village. We stayed at the Potala, where the lodge keeper is famous for her pumpkin curry. We dutifully ordered the pumpkin curry, and the lodge keeper hurried out to gather some pumpkins from the field. One of the great things about trekking in Nepal is that fresh, organic produce is available along the way.

Potala Guesthouse: Rooms *** Food ****
There's a new guesthouse at the northen end of the village with great views of the waterfall and may be worth checking out if you are going.